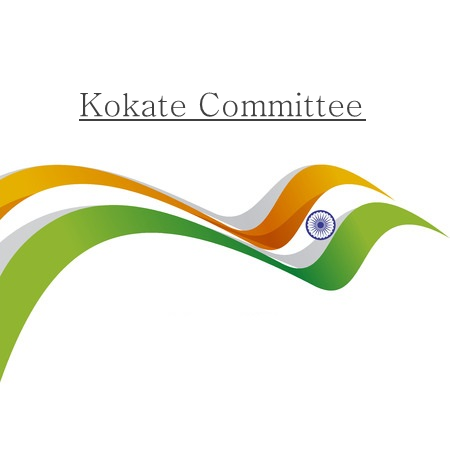 The Kokate Committee was constituted by Ministry Of Health And Family Welfare, Government of India, under the chairmanship of Prok. C.K. Kokate, VC, KLE University, Belgaum, Karnataka.(1)

The need to constitute the Kokate Committee:

Drug Controller General India (DCGI) had issued a letter dated 15.01.2013 to all the State drug controllers to ask the concerned manufacturers to prove the safety of their drugs which fall under the definition of ‘New drug’ within 18 months.

Accordingly 6220 applications, were received by the office of DCG (I) for proving the safety and efficacy of Fixed Dose Combinations (FDCs). A committee of 10 Experts was constituted with the approval of the Ministry Of Health And Family Welfare which could examine only about 295 applications.

In the view of above and in order to examine such huge number of applications in a timely manner, Ministry Of Health And Family Welfare constituted a committee under the chairmanship of Prof. C.K. Kokate.(1)

The committee categorized all the FDCs as per the Terms of References (TOR) and then the committee proceeded to prepare a Standard Operating Procedure (SOP) for evaluation of these FDC applications received by The Central Drugs Standard Control Organization (CDSCO).

The SOP laid down the procedure to be followed by the expert Committee while evaluating FDC applications received by CDSCO in respect of DCG (I) letter.(1)

Earlier in 2007, a direction was issued to the State Drugs Controllers to withdraw 294 FDCs which were licensed without approval of DCG (I). However, the Manufacturers’ Association obtained a stay order from the Hon. High Court of Madras. The matter is still sub-judice. Action in respect of the aforesaid 294 FDCs will be taken after the outcome of the court case in Hon. High Court of Madras.

In respect of other FDCs falling under the definition of “New Drug” licensed by State Licensing Authorities before 1.10.2012, without the permission of DCG (I), it was decided and submitted by Ministry of Health and Family Welfare to the Parliament Standing Committee that the DCG(I) would direct all the State Drugs Controllers to ask the concerned manufacturers to prove the safety and efficacy of such FDCs before CDSCO within a period of 18 months. Failing to do so, such FDCs will be considered for being prohibited for manufacture and marketing in the country.

Accordingly, DCG (I) vide letter dated 15.01.2013 requested all the State Drugs Controllers to ask the concerned manufacturers to prove the safety and efficacy of such FDCs within 18 months.(1)

As per the above view, approximately 7000 applications were received by CDSCO. In order to examine such applications, CDSCO categorized all these applications in different therapeutic groups viz:-

The various categorizations (i.e. a,b,c,d) made by the Committee in respect of the remaining applications of FDCs as per Terms of References are as under :-

Currently DCG(I) published list of 2591 FDCs permitted for continued manufacturing and marketing in respect of the applicant under 18 months policy decision.

Recently, DCG(I) issued a notice for the procedure to be followed by the manufacturer regarding obtaining the NOC from DCG (I) for the FDCs which are rational and manufacturer have license from State licensing authorities. (1)

Following documents are required for the FDC application: